Goetz purchased the Yohetta Wilderness concession, commonly referred to as a “guiding area”, from the BC Government in 1985. Guiding areas in BC had been created in the 70s in an effort to regulate and legalize the commercial use of “Crown Land” (i.e. public property) for hunting and fishing, later expanded to nature-based tourism such as river rafting, kayaking, mountain climbing, birding, wildlife viewing and for Goetz most important: Trail-riding read more. 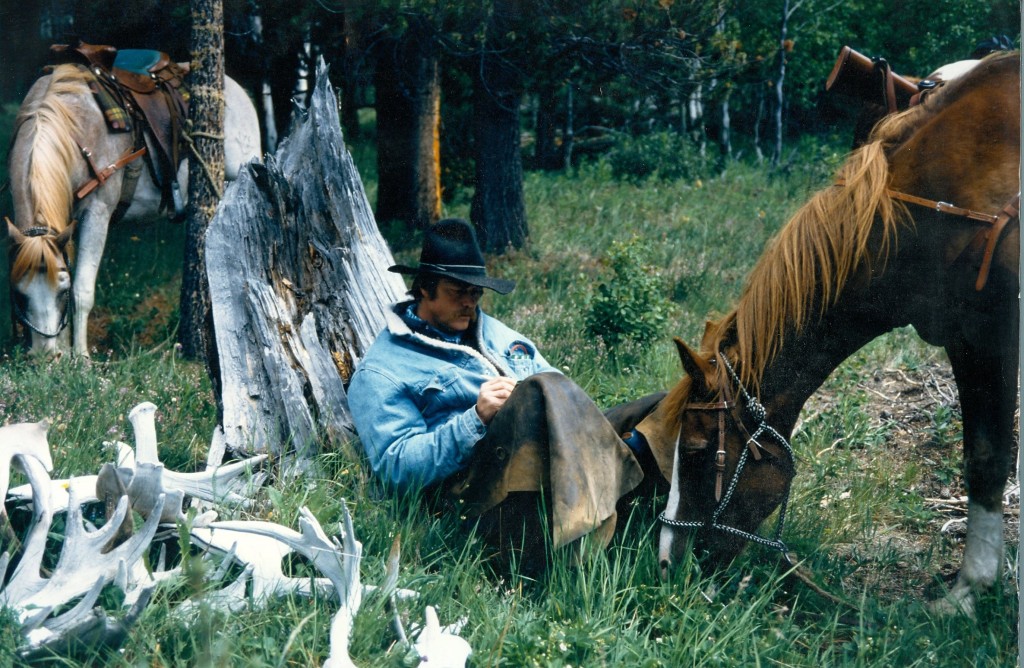 Through purchasing a true wilderness area of outstanding beauty encompassing 1000 square kilometers in the heart of Canada Goetz realized one of his childhood dreams that had been kindled by the writings of Jack London. It was like a dream come true!

Over the years Goetz has developed a close working relationship with the First Nation Band of the Nemiah Tribe neighbouring his Concession area. Until today he calls many of the Band members his friends to count on when in need. Many of his “bush” skills and dealing with ethnic minorities he has learned from his Indian brothers, in particular from his old friend and hunting buddy Tom Dillabough. And much of what he has learned in living in close neighborhood  with Canadian First Nations for the better part of his life (also at his home in Cowichan Bay on Vancouver Island) has benefitted his international work that increasingly involved indigenous groups in countries of tropical America, Africa, and Asia, all ethnical groups living close to nature relying on traditional lifestyles for their livelihood, the same as many of the Nemiah Indian Band members still do in the heart of Canada until today. His relationship with indigenous groups culminated in receiving the honor of a traditional “Chief” by the Ashuar Indians living in the Ecuadorian part of the Upper Amazon Watershed successfully assisting them in preventing the destruction of their designated territories by international oil companies.

Spending half a year from early spring to late fall in the bush doing what he enjoyed most in life, the other half dedicating to his professional career as a conservation biologist travelling the world was a life of joy, pleasure and hard work. During the twelve years of operating one of the most outstanding wilderness concessions BC has to offer, he managed to open the eyes of many people from around the globe visiting his area for a true wilderness adventure. His guided nature interpretation tours in Yohetta combining his professional expertise with his outdoor skills provided enjoyment to hundreds of guests sent through affiliated nature-based tour operators from Europe and North America.

Goetz purchased the guiding area in 1984, operated it for 12 years until 1996 but not before he managed to assist in negotiating its legal protection as a provincial park under the auspices of BC Parks. To achieve legal protection status took a lot of effort and negotiations with all stakeholders, Government agencies and the neighboring Nemiah Indian Band.

For a better understanding of the nature of a Wildlife Concession, so-called “Guiding Areas” in British Columbia, the Province is divided into nine administrative regions, having a total of 225 management units for the purpose of efficient game management. Guiding Areas fall under the jurisdiction of the Fish and Wildlife Branch of the Ministry of Environment.

Located in Management Unit 5-4 the Yohetta Wilderness which encompassed the entire guiding area of Goetz’s Concession extends from the high coastal range to the Chilcotin Plateau, the heart of the world’s California bighorn sheep population. People call it one of the scenic wonders of the province. Hunting in Yohetta specialized on bighorn sheep, mountain goat, trophy mule deer and moose in fall, and grizzly and black bear in late spring. All hunting was done by fair chase on horseback using satellite camps and good mountain gear. For the most dedicated hunters back packs and mountain tents were used to find the game where the horses couldn’t’ go any more. Our guides and guides looked after our guests and game with seasoned knowledge of the area and great life skills.

The concession area was bordered to the west by famous Chilko Lake, to the east by the Taseko Lakes. The core area was typified by expansive watersheds traversing deciduous and open parkland forests in the lowlands and grassy tundra in the sub-alpine and alpine reaches draining into the Chilco and Taseko Rivers which join forces to feed the mighty Fraser close to Williams Lake. Yohetta ecosystems extend in a transition from the 3000 m coastal range to the interior plateau of the Caribou Chilcotin with landscapes offering outstanding nature-based recreational opportunities and a true wilderness experience.

The breathtaking scenery of the area is one of the finest in Canada, and it is for this reason that the area is now been turned into a Provincial Park. Wildlife in the Yohetta Wilderness is diversified. The numerous lakes sustain large populations of rainbow trout and Dolly Varden. The annual Sockeye and Chinook runs into Chilko and Taseko Lakes are famous. Prominent big game species include grizzly, black bear, California bighorn sheep, mountain goat, moose, mule deer, mountain lions and wolf. Numerous marshes, ponds and wetlands are witness to the presence and activity of healthy beaver populations.

Yohetta’ s guests were able to explore the remotest hinterland from horseback, crossing fast flowing rivers, running high in late spring and early summer when the snow melts in the mountains, cautiously traversing beaver ponds, travelling along precipitous mountain trails passing glaciers, and alpine meadows covered with masses of colorful flowers. While on the trail the guests soon discovered that the horse is more than just means of transport when taken to the land of their dreams watching wildlife in its natural surroundings and experiencing nature’s complex ways. Goetz and his dedicated crew tailored trail-rides and nature trips to clients’ skills, needs and wishes making optimum use of his amazing herd of sure-footed horses, extensive network of 250km of wilderness trails and the rustic but comfortable infrastructure developed over the years by him with his dedicated crew. For years Goetz tutored forestry students from his Alma Mater, the University of Freiburg, during their hands-on practical work period at Yohetta in accordance with a curriculum agreement with Freiburg University. For many of the crew Yohetta has changed their life forever as reflected by the still active “Yohetta Wilderness Club” in Germany, composed of ex-crew members and former enthusiastic guests re-living their Yohetta experience.

As aptly described in one of Yohetta’s tourism brochures what guests may expect:

“Rustic cabins and wall tents will become your home and delicious meals prepared over camp fires something to look forward to at night. Camping out in the bush, for days on the trail without seeing other human beings creates a bond with your horses and group members lasting a lifetime. Memories of northern lights, listening to the howling of wolves and coyotes, laying on your back in soft alpine meadows star gazing makes you feel humble and meditating about the greatness of this universe. Should you prefer to explore flora and fauna on foot, from a canoe, or by kayak, the choice is yours! The Tuzcha base camp with its comfortable lodge built of local materials, log cabins, spacious sauna and other amenities is located in the heart of the Yohetta Wilderness, accessible by float-plane or a rough old mining track which is passable by an all-terrain vehicle only under dry conditions in summer. In early spring it is covered by avalanches making passage impossible. For the experienced mountaineer Yohetta offers many challenges ranging from still un-explored peaks of over 3000m, numerous glaciers and snow fields which dazzle your eyes even in high summer. Pristine in the absence of man you will find what you come for: unspoiled nature, a sensational feeling of freedom, calmness, piece of mind and strength. 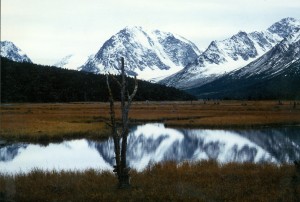 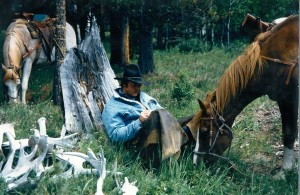 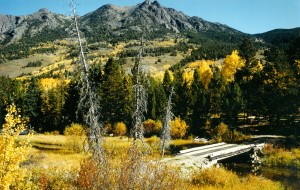 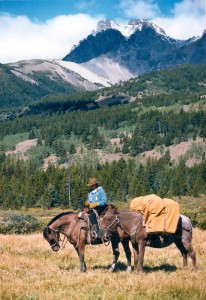 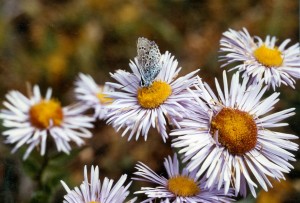 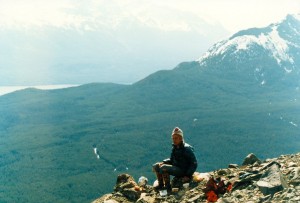 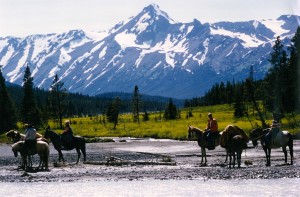 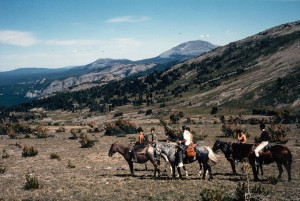 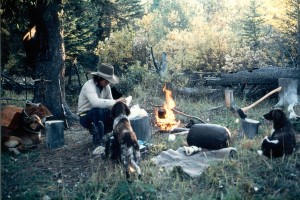 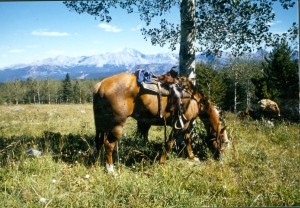 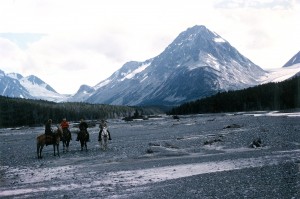 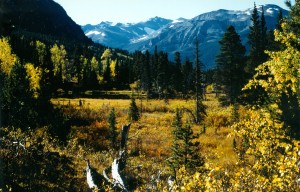 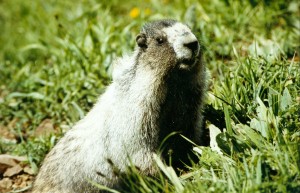 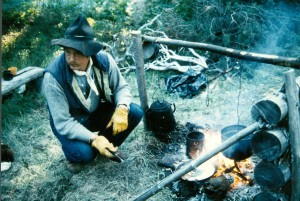 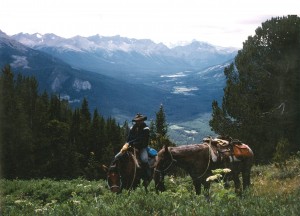 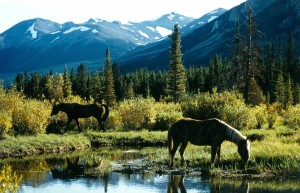 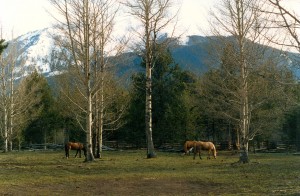 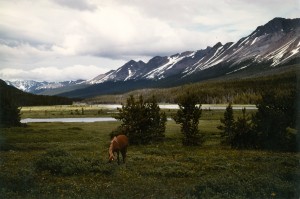 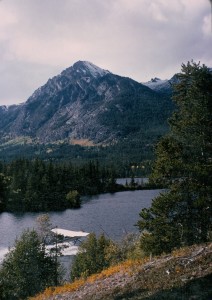 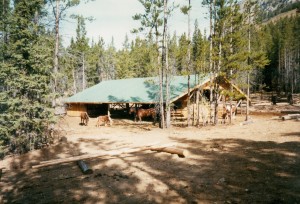 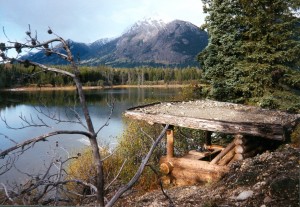 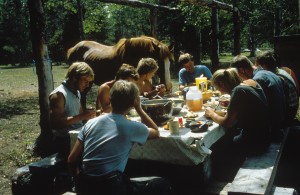